We're a small team, but a great one. 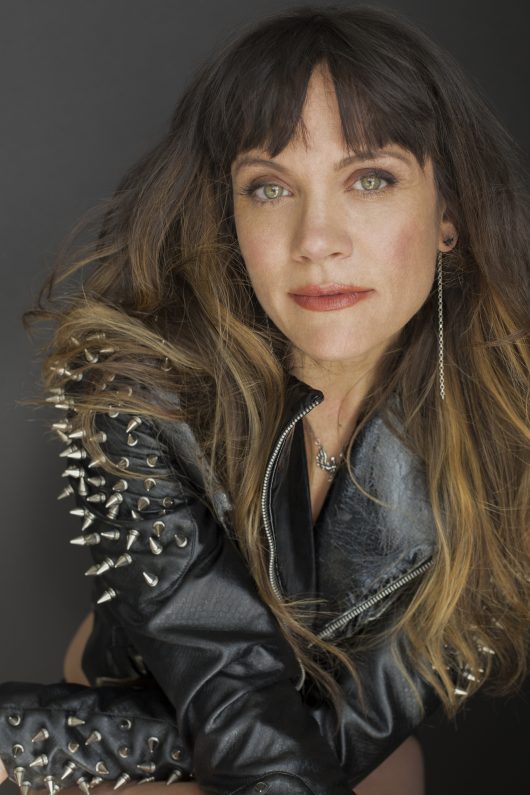 British-based jewellery designer, Justine Cullen designs and crafts myth-inspired pieces that legends are made of! Her handcrafted captivating pieces connect to both the rockstar misfit and the luxurist alike.

Originally from Topanga Canyon, California, just a stones throw away from the infamous funky artist hang out of Venice beach, Justine grew up riding her horse to school through the canyon, and was such a natural rider at a young age that it would eventually lead her to be a potential Olympic contender.

Justine has been making custom jewellery from her own designs for almost a decade. Her journey began whimsically in her garden shed where she would make jewellery for her friends and family, and has since grown into an emerging global brand. Justine has created exclusive designs for celebrities including bass player Duff McKagan of Guns N’ Roses and has had her pieces worn by many music industry and entertainment artists including Papa Roach. Her jewellery has most recently been featured on WGN’s hit TV series “Outsiders.”

Justine is a designercraft member of the National Association of Jewelers. In 2017, Justine was awarded by Industry Insight Monthly UK the title of “Best Fine Silver Jewellery Designer” and honored for her “Excellence in Custom Wedding Rings.”

Justine splits her time between England and California. She loves spending time with her husband and son, and hosting clients and creating unique pieces in her garden studio surrounded by the beautiful English countryside as her inspiration. 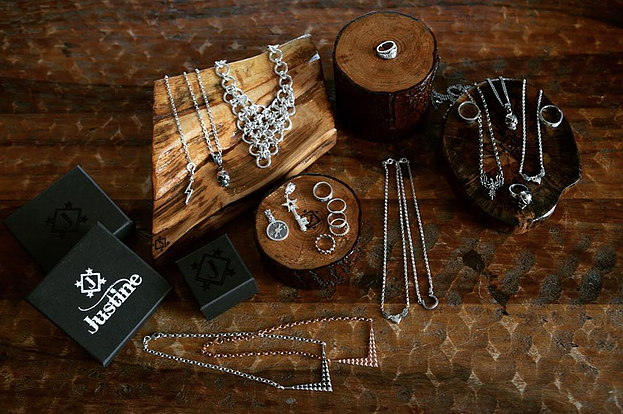 We are a small team but an awesome one and love taking great care of our customers, whether it’s a web purchase or a one off commission, making something our customer is excited to own is what drives us forward!

All of our collections are crafted in recycled silver where possible and come gift wrapped in eco friendly packaging.

We are currently working on killer new project launching in 2023!

This website uses cookies to improve your experience while you navigate through the website. Out of these cookies, the cookies that are categorized as necessary are stored on your browser as they are essential for the working of basic functionalities of the website. We also use third-party cookies that help us analyze and understand how you use this website. These cookies will be stored in your browser only with your consent. You also have the option to opt-out of these cookies. But opting out of some of these cookies may have an effect on your browsing experience.
Necessary Always Enabled
Necessary cookies are absolutely essential for the website to function properly. This category only includes cookies that ensures basic functionalities and security features of the website. These cookies do not store any personal information.
Non-necessary
Any cookies that may not be particularly necessary for the website to function and is used specifically to collect user personal data via analytics, ads, other embedded contents are termed as non-necessary cookies. It is mandatory to procure user consent prior to running these cookies on your website.
SAVE & ACCEPT